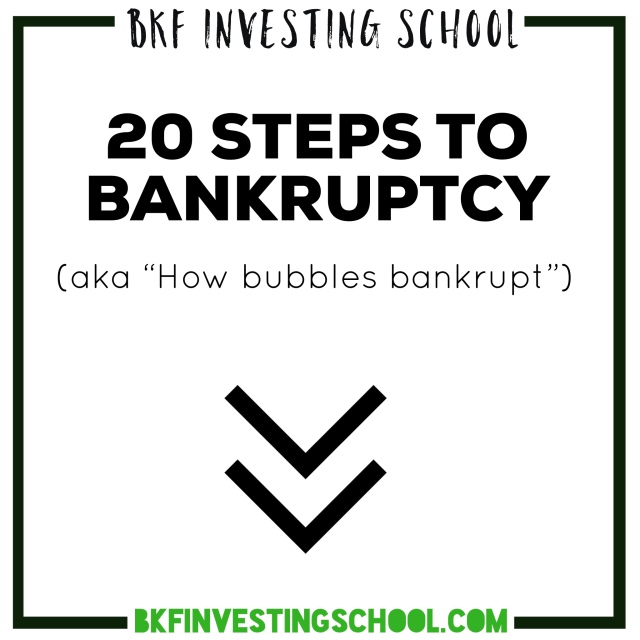 Step 1: people you’ve never heard of come up with the potential for a sensation and then promote the hell out of it

Step 5: broke people take to the digital streets to declare “I don’t know how ya’ll do that 9-5 sht”

Step 7: broke people borrow thousands from upcomming rent payments and car payment due in order to invest at 15x level (dont worry, I’ll make it back by the end of the month)

Step 10: sensation begins to crack at the 20x level

Step 11: broke people say sensation is on sale and that you’re a fool if you don’t buy more

Step 12: broke people borrow from 401k to tripple down on sensation

Step 14: broke people borrow from multiple friends with the guarantee of doubling their return

Step 18: sensation gets a little boost from the 5x level to the 6x level

Step 19: broke people tap that one remaining friend that doesnt know about their gambling addiction because “the trend is back on!”

Step 20: bankruptcy court for multiple who are taken down with sensation

Rinse and repeat every 7-10 years. 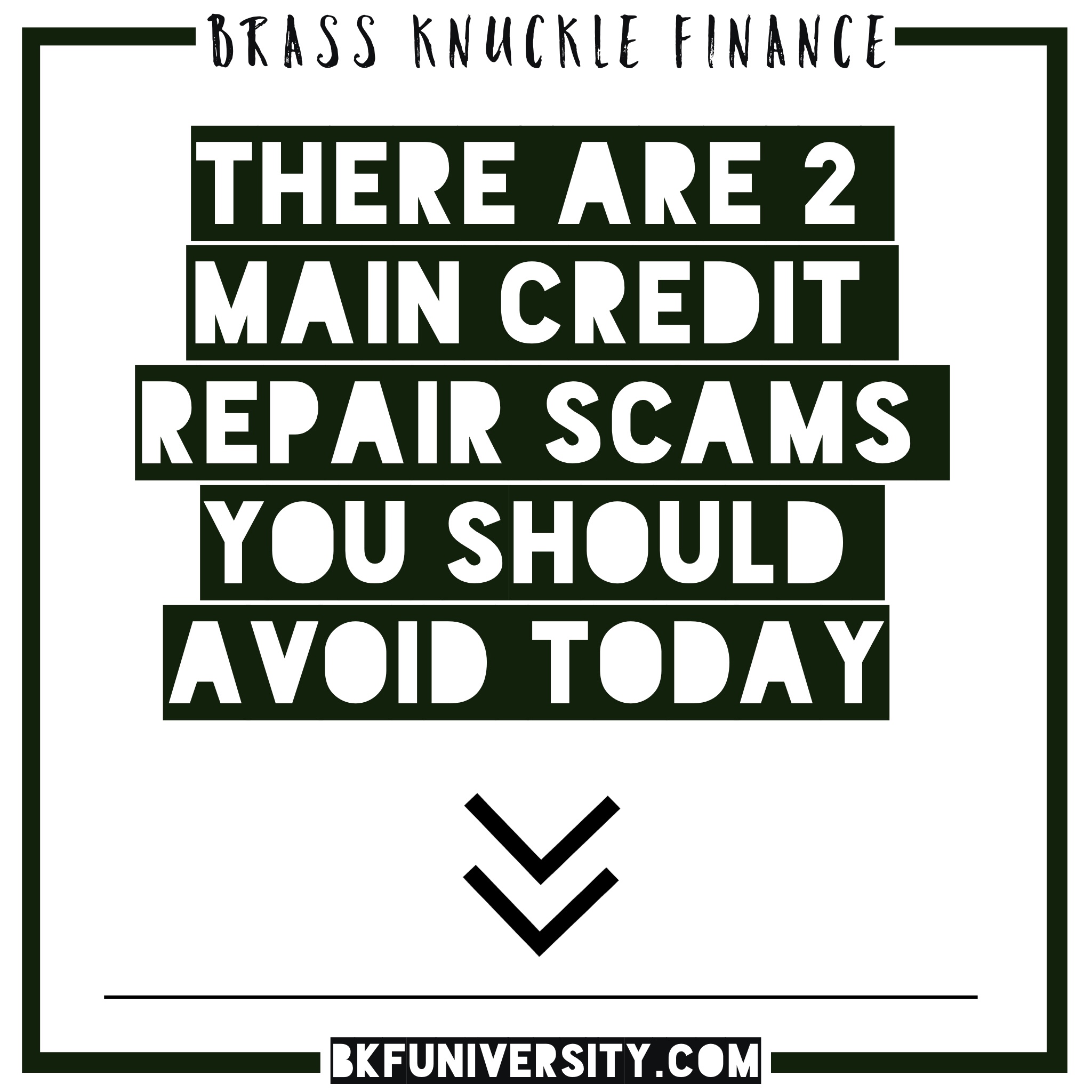 The first credit repair scam is called “Jamming” or basically “exhausting the system”.

Jamming is when someone charges you $130 a month or a lump sum up front (illegally – its against the law to charge upfront fees to “repair” credit) in order to send 4 rounds of dispute letters through certified mail to each of the credit bureaus in hopes of getting them to trigger the 30 day clause.

The scammer gets your personal information, drags the process on for months – years, takes over $1,000 from someone (you) who clearly doesnt have much to their name and then once the bureaus temporarily remove the item, you think it was all worth it. You immediately tell your friends you got such and such removed. Well until it pops back up in 90 days. You also realize that removing items isnt the same thing as adding items and building positive payment history. The former doesnt get you approved to go back in debt like youre hoping to do.

The 2nd is the most ridiculous of all. You may have seen this one going around under the name of “Section 609 Credit repair”. What these fucktards did was basically come up with a section in the fair credit reporting act that sounded legit (section 609) and then give you some misinformation about what that section actually means. Section 609 is all about protections for those in identity theft. But instead, since they know you’ll never ever ever read that section of the FCRA, the scammer will claim section 609 is about the bureaus having to provide everyone with copies of the contracts they signed that created the original debt in question. They don’t.

In essence all section 609 scammers are doing (if they’re smart) is rebranding the jamming scam as section 609. Its basically all a rebranding exercise similar to the book “the secret” about the law of attraction which wasn’t really a secret at all.

Now if they’re NOT smart? Section 609 scammers are actually using section 609 in the FCRA for illegally manipulating what it was created for – the identity theft provision. The scammer will have you file a false police report and use that to send in to the credit bureau which is more serious and adhered to. The bureau knows theres a $4k fine for non compliance. So while they delete the item and do the research with the creditor to see if it was actually fraud, the item will not show temporarily. But after its determined its not fraud, you get arrested and go straight to jail for illegally filing a fraud claim.

Most of these items will fall off themselves and for zero 99. No one can legally remove accurate negative items off your report, nor should you want them to.

Live a cash based, no debt, high investment return philosophy and you can rule the world.

Simple bank is an institution with a fine product but with a horrible marketing message. It markets itself as a “fee free” banking alternative but the truth is its a little more complicated than that.

You see, Simple’s business model is that..well..of a bank. This particular bank makes money by providing profitable checking accounts which Simple markets as part savings account. However, any smart person knows that a  checking account should never house any money outside of $$ for immediate expenses for that month.

So then why does Simple encourages you to save inside of a checking account using such its “goals” feature among others? Because if this message works, you can easily see people reaching a $10k or more balance in their checking account.

Whether this is $2,000 for an emergency fund, $5,000 you were saving for a car, a $2k buffer fund for the year etc, the person who keeps that type of money at Simple is losing $20 – $150 or more per year by not keeping it in a typical online savings account. (Think Capital One).

That, my friends, is a fee. 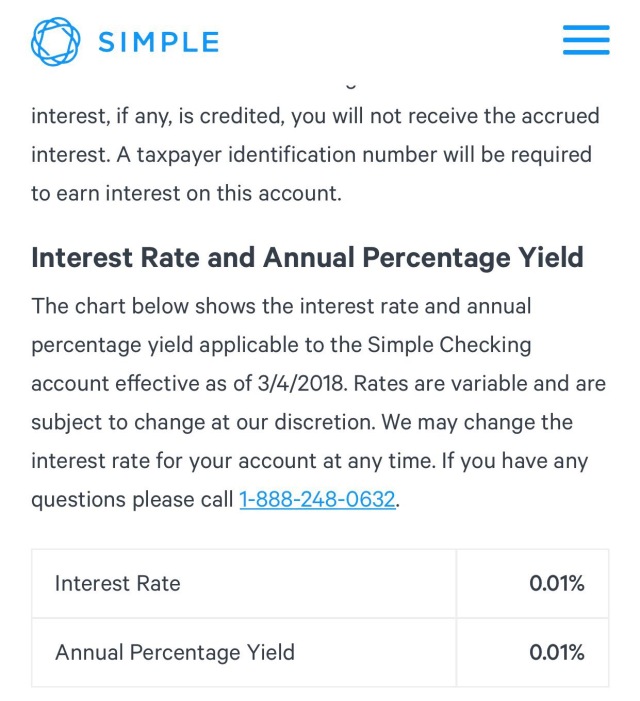 Simple then splits the amount it makes from making loans against this collateral with their network of banks. As a matter of fact, with a checking account paying only .001% APY, it appears Simple splits the profits earned on your money with everyone but…you.

Oh wait..they did give you a “fee free” bank account in exchange. 😂

FYI- Capital One 360, Chime bank and Ally Bank all offer a similar checking account product but with standard marketing

But can you incur fees? Every bank account has a potential to trigger fees. The only question is how well they’re hidden. 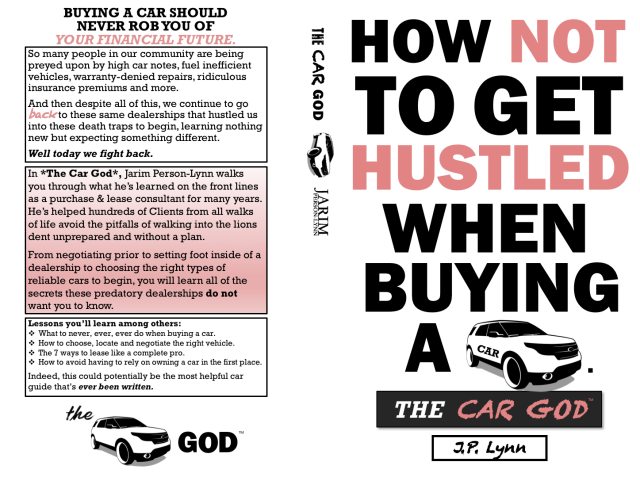 The Car God is out now! Visit www.thecargod.com 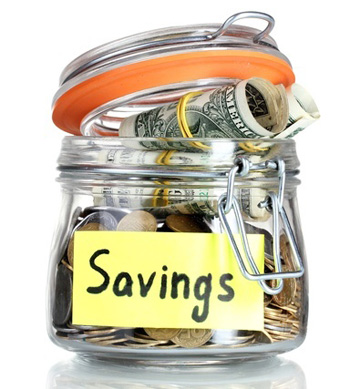 If you want more than one account for your savings, these six financial institutions should be at the top of your list. They offer some of the highest annual percentage yields, or APYs, on the market, spare people from monthly maintenance fees and let customers nickname accounts to personalize them. And you probably won’t run up against the account limit at these banks.

Note: the banks and credit unions listed above let people nickname their accounts based on what their savings goals are. You can name these accounts whatever you’d like — “vacation fund,” “House fund”, “emergency fund,” or simply “buffer savings”. 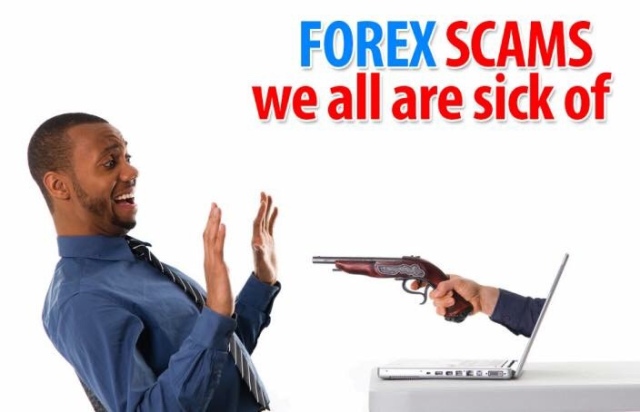 “Playing Forex can appear alluring, but the majority of people who try it lose money. All you have to do is do a web search on the words “Forex” and “lose” to see this is the consensus.

Forex is what we call a “zero sum” game. You are making a bet with someone else about whether a currency will rise or fall. For every winner there has to be a loser. If you are smarter than the average player, you may make money. If you are dumber than the average player, you are likely to lose money. Most of the people making the “bets” in Forex are highly trained professionals at banks and other institutions. You are unlikely to beat them at this game.

Actually Forex is not quite a zero sum game. It’s a slightly negative sum game as the Forex broker takes a small percentage each time in the spread. It’s a small amount but over a hundred trades, it ends up being a considerable amount of money. So the average player is likely to lose money, and remember the average player is a highly trained professional and probably smarter than you.

There is a lot of luck in Forex, and if you play it, you will have some periods of time where you make money. This is usually because you are having a lucky streak, not because you have suddenly become an expert Forex player. However, most people are unwilling to admit their success is due to luck. They become convinced they have a system that works, and lose a lot of money trying to refine it.

Further complicating the problem is the large number of Forex scams on the internet. Most Forex websites are of questionable honesty. You will find many people on the Internet that claim they made a lot of money using Forex. They are usually liars trying to make money. They will say: “Go to Forexcrap . com/q2347.” The “q2347” is a signal to the Forexcrap site that you are being referred to them by “q2347.” If they sell something to you, “q2347” gets a kickback. These coded signals can be hidden by different methods in the link. Other people will refer you to their own private website or blog for the purpose of trying to get money off you. Also there are a good number of trolls out there that like to pretend they are successful forex traders just for the fun of it. “ 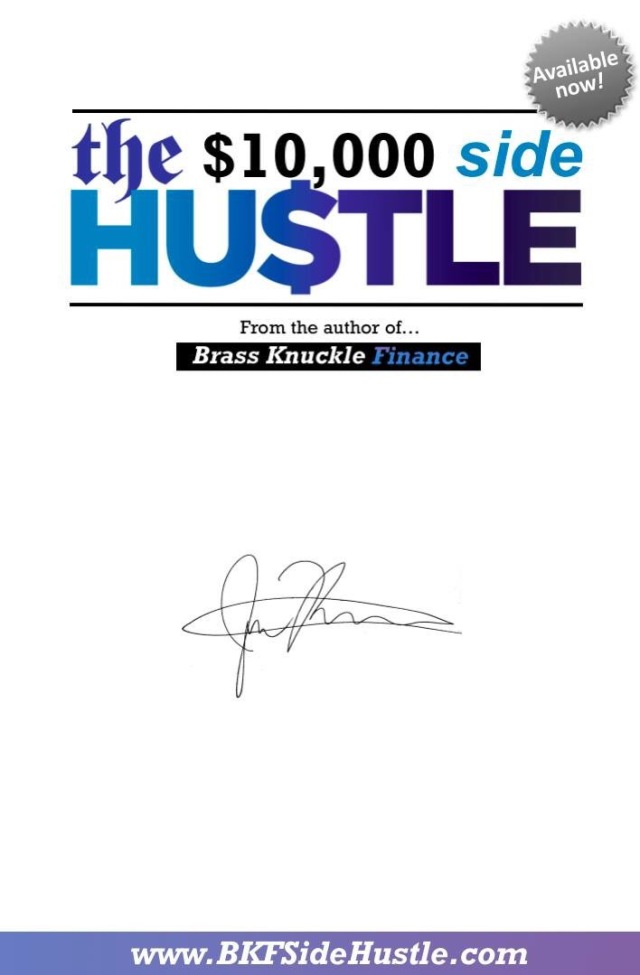 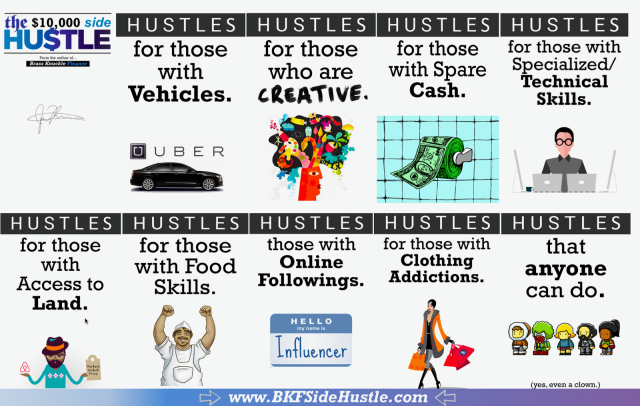 Let me tell you a story about Jamal Johnson.
Jamal had been fortunate enough to have parents that were financially responsible. Those parents made sure to invest consistently from his childhood because one day they knew they wanted to send him to college without the huge burden of student loans.

As Jamal graduated from college and started his career in 1999, his parent’s foresight allowed him, without having student loans hanging over his head, to begin investing a reasonable amount of his post graduate salary.

He only had $4k per year to invest in these early days.

In the November 1999, toward the height of the tech boom, he spent $1,000 on each of the following four stocks he chose at random:
Yahoo

Best Buy
Then in the year 2000 as the tech collapse got into full swing, he saw a bunch of layoffs around him. Those who survived these layoffs were forced to essentially double their workloads overnight to make up for the help from other team members that used to be available.

He noticed himself and all of his co-workers had essentially become caffeine addicts overnight.

He decided to keep investing and spent $1k each on the following 7 stocks:
Yahoo (added to his position)

Microsoft (added to his position)

Sprint (added to his position)

Best Buy (added to his position)

Keurig (new position)
Life happened and little Jamal Johnson never got around to investing anything else. But since he was debt free, he never had to touch his investments in an emergency.
Fast forward to 2016, his holdings looked like this:
Yahoo ($2,249.36)

Total portfolio value in 2016 (not even including dividends) = $709,029.12
And that was on two years of contributions to his portfolio.

You have any idea how many millions his portfolio would have had if he rented and used his cash flow to make the same $7k in investments every year since then?
But never mind all that. Back to your orderly complaining about there are no opportunities for people who look like you.
Investing in publicly traded companies is the most racially agnostic sport you can ever take part in.
Also, its not about “what if I lose all of my money in stocks”. The question is “what if I don’t?”

A company’s stock can only go to zero. It can rise through infinity however.

You only need one winner amongst dozens to make everything else not even matter.
Use ETFs to safely diversify during normal markets and individual stocks in market crashes.
“the stock market is the only market where things go on sale and customers run out the store”
Be the person running IN the store.

Now thats a risk vs reward ratio I like to take part in.

**Update: 2/22/17: T-Mobile not only removed its HD video throttling but increased its free hotspot data to 10GB! 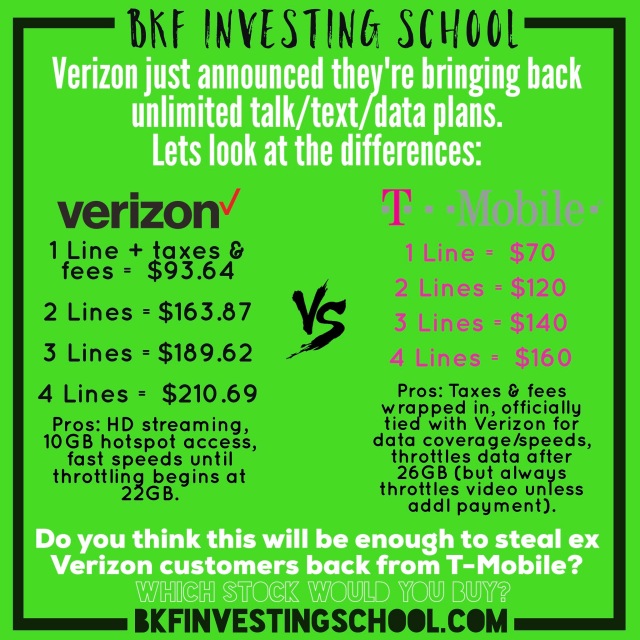 Want to learn how traditional car rental companies get you? Check out this great find below: