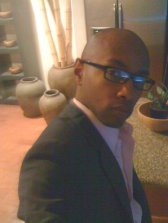 The Autobiography of J.P. Lynn (The Homeless Billionaire)

Ok, I’ll try and keep this as short and sweet as possible. For those that dont, sit back and grab a drink or something. lol At any rate, like many of you, mine starts in college.

I acted a damn fool in college and a Cal State was a f*cking joke to me.

The year was 1998 and from the first time I set foot on campus, I knew my plans had nothing to do with graduating. I was there to do something else. I wasnt sure what yet, but I knew it involved making lots and lots of money. This was perfect. I figured I could do this and at the same time have my loans & government grants “pay” me to live around a bunch of cute girls and…to…well…also make lots and lots of money. Plus I could handle myself… my ability to make money would always overshadow any loan amount I would ever take out. Also lets not forget that I had just graduated from a prestigious magnet program and had the ability to get into any school I chose should I have cared. The fact is, I never once pictured myself not working FOR myself at the end of the day anyways.

My story began in High School. When I turned 16, I told my father (whom is a job referral director) I’m 16 now and I need a job! Why did I want a job at 16? Financial independence! I didn’t want to ask my parents for money because I didn’t like being told no. So I got my first job as a parking lot attendant. With each check what did I do? What any normal 16 year old would do, Spend it. Out of High School I got a retail Job at the GAP. I was over taking the bus, so I decided it was time to save up for a car. While my friends partied I worked overtime and double shifts. I lived off top ramen and every cent I could SAVE, I put into a savings. I saved up almost $2000.00 working basically, part-time at $7.50 an hour. I wanted a car I could pay off quick; therefore I made sure I didn’t buy a car over $7k. My dad and I walked into the dealership and he co-signed for me a 1999 Geo Metro. No power steering, no power locks, just a basic car that ran well with a $219.00 car note. I had no bills, no debt, just a car note, insurance and a cell phone bill, and the rest of my money.

The REAL beginning of my financial f*ckery

The year is 2003; I was tired of working my butt off for so little pay.  I got a full-time job at Wells Fargo Bank, and worked part-time at the gap in the evenings. I can’t even tell you why this happened, but the more money I made, the less I was willing to save, and the more things I wanted to buy! My mother always told me credit cards are nothing but financial entrapment, and college is a financial rip off if you’re not going for a trade or

DJ Slapahoe, CEO, Slapahoe Enterprises-
DJ Slapahoe has been fascinated with advertising and the way people buy and sell since back when he worked for the Los Angeles Black Business Expo and Trade Show as a kid. While attending Cal State Northridge he founded his company Slap!Media, an urban advertising vehicle. Slap!Media produced Hot Tracks, which allows local companies to advertise their businesses through the use of audio commercials and featuring their artists tracks. To generate clients, and to test his own marketing capabilities, the character of DJ Slapahoe was invented and implemented. Slapahoe, which was chosen to infiltrate the shortened attention spans of the new millennium college student so that they would be forced to hear positive music vs the ignorant music they were expecting, was so successful that a clothing line and a monthly DVD Magazine was spun off. Today Dj Slapahoe is one of the most sought after DJs and brands in the San Fernando Valley and his popularity continues to grow in throughout the Southern California college market.